Smile for the Camera, Tate Modern

As the hubbub around the final day of the Alexander Calder exhibition was in full swing across the hall, a far more taxing show was comparatively quiet and subdued. ‘Performing for the Camera’ may not have the strongest narrative, in fact I can’t really remember what each individual room really said that was different, but it highlights fascinating trailblazers in performance and photography that deserve a mention. It is also a contemporary snapshot of our own slightly disconcerting relationship to the camera.

While it might be a classic case of the bigger the name the easier it is to appreciate – the astonshing moments are dominated by the more famous performance artists like Yves Klein, Cindy Sherman, Ai Weiwei and Francesca Woodman.

Yves Klein’s astonishing performance of women, smeared in blue paint rolling around on the white papered floor, while the artist orchestrates the whole affair in his dinner jacket as if the conductor of a full orchestral concert catches attention at the start. Of course (as my companion rightly pointed out) this piece now feels wildly dated with the naked and slightly uncomfortable leering at the female form. Or arguably, it is shockingly still relevant.

Francesca Woodman’s quiet and unassuming room dedicated purely to her wonderfully intimate photographs is spectacular. Woodman has a mystical aura surrounding her, having killed herself tragically at the age of 22. Disappearing out of focus behind shadow, Woodman’s character is masked and hidden, and revels in the myth that has sprouted around her memory.

Duchamp’s amazing original photograph of himself as Rrose Selavy stands out as a crowd pleaser and there are heaps of other artists that are clever beyond words with the nature of self and performance. Others fall short, and leave us wondering whether they have gone completely bonkers and lost themselves entirely in the lens of the camera. There’s Yves Klein leaping from windows, Japanese demons careering around the countryside, passport photos, erotica and at one point even an artist pretending to be the father in a series of family snapshots for his neighbours. 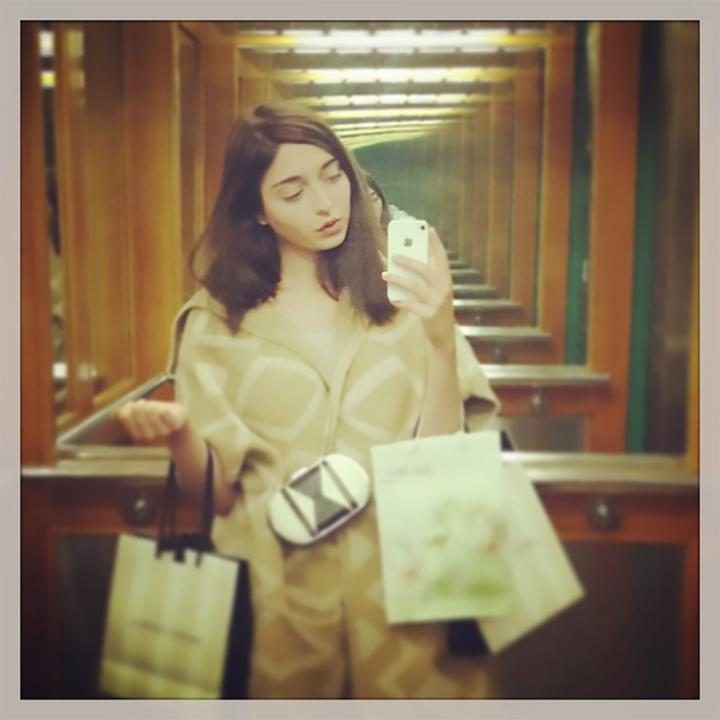 But it’s Amalia Ulmann’s unravelling of social media (specifically Instagram) that proves to be an ideal satire for a generation. Ulmann came to fame earlier in the year as she declared her Instagram account was only a performance. The Central Saint Martins graduate had created the illusion of succumbing to the banality of social media, transforming herself into an ‘It’ girl clad in glamorous outfits, undergoing plastic surgery and bragging about the details of her luxurious lifestyle in LA. While the account attracted as many fans as trolls, it also had her gallery and art critics fooled who pointed out the fresh face was wrecking her career. But with a final post reading ‘The End’ Ulmann suddenly became a genius and its the collection of photographs from this project that a mark a fascinating and poignant end to a ramshackle show.