As centres of contemporary art go, Copenhagen is rising the international ranks for top spot. I was lucky enough to find myself in the city over the annual Copenhagen Art Week, when collectors, dealers and artists clamour for attention at fairs, exhibitions and talks across the city. While Copenhagen is no stranger to world-class galleries and museums – the jewel in the crown being the Louisiana  Museum of Modern Art situated just out of town on the wilderness of the Danish coastline – the city has just welcomed a brand new space to rival it. 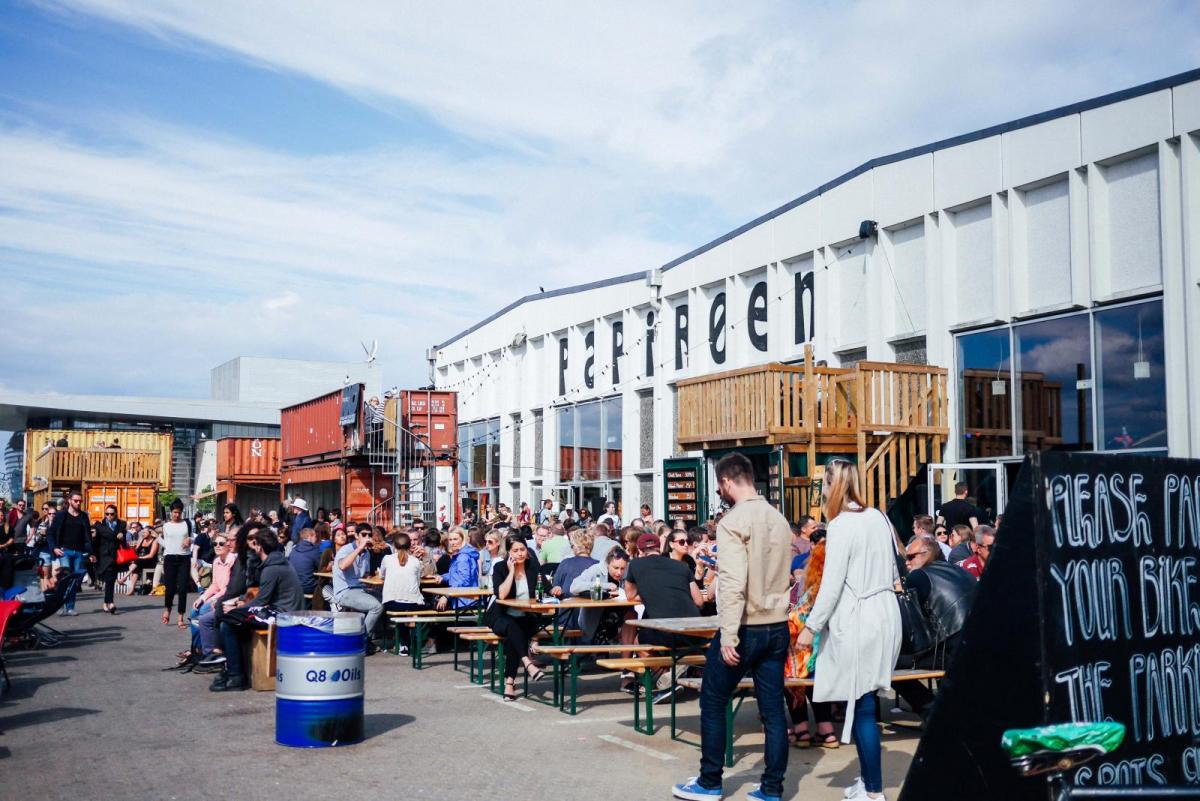 Copenhagen Contemporary is a independent institution, set up in 2015 as a brand new international exhibition venue in the heart of the city on Paper Island – Copenhagen’s answer to Shoreditch with a delicious food market that draws locals and tourists alike. To inaugurate this vast new space are some big names that will establish the museum as one of the places to be in this cooler than cool Scandinavian city.

On a blustery Monday morning, Yoko Ono’s wishing trees welcome visitors into the bright warehouse, which you might have also seen in London at Ono’s Serpentine show in 2012. Unique to the Danish landscape, Ono fills the quayside with Lilac, Reed Gråsten apple, Cornelian cherry dogwood, magnolia and tibetan cherry that will change and blossom over the seasons. Eventually the wishes of hundred of visitors, scrawled on white labels and attached to the trees, will be collected and sent to Ono to form part of the elaborate Peace Tower in Iceland dedicated to the memory of John Lennon. As big names to kick off proceedings – it is a worthy start for this new venue.

Inside, Icelandic artist Ragnar Kjartansson is the first to steal the show with two large video installations that happily fill the enormous galleries. While Kjartansson’s exhibition at the Barbican this spring went under the radar, this display is powerful as nine large screen video installations capture and rip apart classic scenes of western culture. With a typical blend of anecdote, poetry and humour to tackle everyday mundane scenes, Kjartansson’s couple on a dinner date or dog sitting quietly in a dated family home twist into an unnerving performance of comedy and tragedy. Like memento mori of contemporary life as we know it, these slow videos evolve with no real narrative but comment on perhaps the enduring banality of human existence.

Nearby Kjartansson’s performance piece with crooning Cincinnati rock band The National at New York’s MoMA PS1 is quietly evocative.  Over the course of 6 hours Kjartansson brings the musicians food and refreshment as the melodious ‘A Lot of Sorrow’ is repeated again and again. A bizarre concept on paper perhaps, but with each rendition there are subtle changes that respond to the band’s energy rising and falling.

Bruce Nauman’s contribution with video and installation is typically arresting and shakes the viewer out of the rhythmic melancholy that Kjartansson creates with such ease. From the vast deserts of New Mexico, Nauman is one of the biggest names in American contemporary art and certainly one of the most provocative. With examples of Nauman’s famous neon light installations alongside experimental films, a carousel of deformed animal bodies and even a discombobulating green tunnel, this display is the first show of its kind of the artist’s work in Scandinavia.

Carsten Nicolai made a splash in London at The Vinyl Factory last year and finishes off this opening exhibition at Contemporary Copenhagen with a bang. His enormous installation of dancing electronics is a complex digital work inspired by the artist’s own drawings that critically unite man and machine. Placed in a dark vacuous warehouse spare, Nicolai adds to the scale of the work with two mirrors at either end that make the whole room appear to stretch on for infinity.

It’s exciting to think where this centre of arts and culture, already voted the most liveable city in the world for two years running, will head next. The support of the Danish government alone means that art spaces, museums and galleries are flourishing, and the rest of Europe is sitting up and taking note.