The lost art of Victor Willing

I am ashamed to say that Victor Willing is an entirely new name in my vernacular. Just a few weeks ago a documentary produced by Nick Willing about his mother, the mighty Portuguese artist Paula Rego, brought Victor into the light as her talented, passionate and complex partner. Of course it is always a surprise and delight to find a woman getting more recognition than her husband, but it seemed strange that he had never crossed my path before.

Willing fell in love with the mysterious, dark and beautiful Rego fell in love as students at the Slade, when Willing was the next hot thing and Rego was desperately trying to make a name for herself. At the time in the 1950s Willing rolled with Michael Andrews (of Colony Club fame) and shared a flat with the soon-to-be famous critic David Sylvester for his interviews with a tormented young Irish painter, Francis Bacon. When Willing met Rego he fell head over heels – despite the fact that he was already married to his childhood sweetheart Hazel Whittington and had settled in a respectable conjugal existence in Guildford just outside of London. In the BBC documentary of Rego’s life she recalls her first sexual encounter with Willing at a student party as an alarming magnetic attraction that wasn’t entirely consensual. For Rego, Willing was irresistible – with his charm and growing success as a painter. 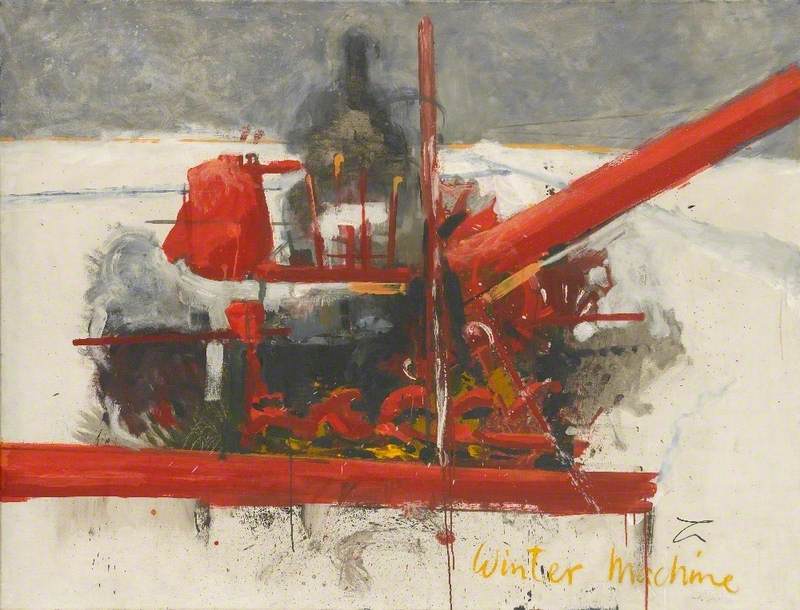 In 1955 Willing was the talk of the town with his first solo exhibition at the Hanover Gallery and works inspired by William Coldstream at the Slade and St Ives abstraction were snatched up by private collectors and public institutions like the Arts Council.

Just a year later Willing abandoned his quiet life in the suburbs to set up shop with Rego in her native Portugal. A strange period of domestic bliss descended with the coming of children and provincial money problems as Willing first an overwhelming creative block. Painting and then destroying and painting over in a repeated, frustrated process, Willing fell into a dark emotional state.  As his father in law and his own father passed away, Willing hoped to take over the Rego electronics family business instead – watching from the sidelines as Rego’s star soared with an oeuvre inspired by stories from myth, comics and children’s books.

Emasculated to a large extent, Willing was also beginning his battle with multiple sclerosis. In 1974 they returned to London and Willing’s work took on a new life, dramatically shifting towards big scale and big colour in a new studio on the east side of town. Willing’s determination in these years, despite the overwhelming odds of his degenerative illness, is remarkable. The sheer scale of these painterly, often cartoony works is a battle cry and a defiant one at that.

Willing and Rego at their home in Ericeira with Nick Willing.

Willing truly seized back his reputation in 1982 with a phenomenal solo show at the Serpentine in London. And London has been the stomping ground for his growing reputation ever since with the major Whitechapel retrospective in 2008 and public collections boasting crucial works such as Tate, Saatchi and the Hayward Gallery.

Only recently I discovered several looming Willing paintings scaling the walls at Pallant House in Chichester. In this collection, a small and understated portrait by Willing captures the curious journey he endured – the melancholy of his talent perhaps squandered and the loss of great love. Created in the same year as his death, ‘Self-Portrait at 70’ is also entirely ironic because Willing never reached the grand old age of 70. Instead, he succumbed to to the illness that had plagued his adult life in 1988, aged 60. It is a haunting and down right disturbing portrait, awash with blue oil paint that ebbs and flows around the artist’s flesh and almost drowns him. His watery eyes stare out at the viewer and appear to dissolve into their background. It feels desperate and lonely – it proclaims that Willing was here in a quiet and muffled voice.

As Willing once said: “beneath even the desire to change society and the need to communicate is a need, urgent in some of us to affirm our scratches that ‘I exist’.”

There was an error retrieving images from Instagram. An attempt will be remade in a few minutes.